The TALL Group, has enjoyed a successful 2015 both in terms of growth and corporate social responsibility. Much of the foundations laid in 2015 are expected to bear even more fruit during 2016 in time to celebrate Runcorn-based TALL Security Print’s 25th Anniversary as one of the founding companies within the TALL Group. 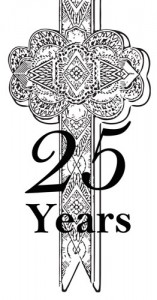 Among the highlights for 2015, the TALL Group has invested half a million pounds in new printing equipment at its headquarters in Runcorn. The significant outlay will allow the organisation to enhance and extend its existing product and services portfolio.

As a part of the investment programme, TALL Security Print has acquired a B3 Xerox Versant digital press to boost its colour printing capabilities across the organisation. An AMS inkjet system has also been installed to enable the company to print variable data at high speeds, including in-line numbering, barcodes and addresses.

In addition, TALL Security Print has replaced its existing form cutting equipment with two continuous guillotines from Spedo. The new machines will increase reliability and quality when it comes to processing materials. Finally, the company is taking delivery of a replacement Imer continuous five-colour litho press with a rewind function and UV drying. The press was built specifically for the company in Spain.

The new equipment being installed across the business will increase productivity and efficiency, which will result in substantial time and cost savings. By strengthening its portfolio of services, especially with the introduction of the digital press from Xerox, TALL Security Print is also opening itself up to new marketplaces, both in the UK and internationally.

This major investment was followed by the acquisition of DLRS (NI) Ltd, based in Lisburn, Northern Ireland which further strengthened TALL’s position as a market leader in secure printing. DLRS (NI) is an established CPAS accredited cheque printer with an annual turnover of around £3 million. The company produces standard, personalised cheque and credit books for a number of leading financial organisations in the UK and Ireland. DLRS (NI) also produces secure documents for government applications in Northern Ireland. This acquisition enables the TALL Group, which comprises TALL Security Print Ltd and Hinckley-based Checkprint Ltd, to add a range of standard cheque and credit books to the industry-leading portfolio of products and services that it already provides to financial organisations around the world.

Having invested in equipment, systems and acquisition, the TALL Group has also been keen to develop its greatest assets, the staff across the three Group sites.

In terms of corporate social responsibility, TALL Group is investing in the future of young people in the print industry and its Runcorn site successfully trialed and launched its first NVQ apprenticeship scheme. The Group’s investment in its staff as an employer of choice was also rewarded in 2015, with both the Hinckley and Runcorn sites being reassessed against the prestigious Investors in People Accreditation. The Group will be working to bring the new Lisburn site in line with its accreditations during 2016 recognising the corporate drive to improve and develop all staff across the Group.

In addition during 2015 various strategic appointments have been made within the Group structure; a key strategic move to strengthen the Group and take the business on to a world platform.

One of these appointments sees Lynton Buxton brought in to the business as Group Marketing Manager with a specific brief to oversee the corporate Group identity and creation of strategic business opportunities utilising the Group’s extensive range of products and services across the UK and worldwide. In 2016, TALL Security Print will begin a year of celebrations to mark its 25 years of operation on the Runcorn site. In addition to growing the business, Lynton is also planning the rollout of several activities to promote this outstanding achievement within the print industry, recognising the part played by staff, customers and suppliers, both past and present.