The TALL Group is pleased to be particpating in a celebration of Commonwealth Day and its partnership with the Cheshire Commonwealth Association on the 9th March 2020.

See below for more details: – 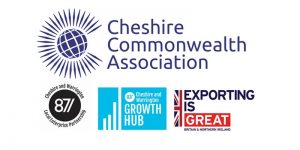 “We are delighted to be hosting a day of illuminating speakers and engaging topics at the world acclaimed Square Kilometre Array in Cheshire. Come along and network with like-minded individuals to make new contacts and share experiences – helping you to achieve more business internationally within the Commonwealth.

We look forward to welcoming you to a wonderful, informative day!

The Commonwealth is a voluntary association of 53 independent and equal sovereign states.

The Commonwealth is home to 2.4 billion people and includes both advanced economies and developing countries. Thirty-one of Commonwealth members are small states, many of which are island nations.

Member countries are supported by a network of more than 80 intergovernmental, civil society, cultural and professional organisations.

The Commonwealth is one of the world’s oldest political association of states. Its roots go back to the British Empire when some countries were ruled directly or indirectly by Britain. Some of these countries became self-governing while retaining Britain’s monarch as Head of State. They formed the British Commonwealth of Nations.

In 1949 the association we know today, the Commonwealth came into being. Since then, independent countries from Africa, the Americas, Asia, Europe and the Pacific have joined the Commonwealth.

Membership today is based on free and equal voluntary co-operation. The last two countries to join the Commonwealth – Rwanda and Mozambique – have no historical ties to the British Empire.