As the cheque industry gets down to work in building the Future Clearing Model (FCM) in time for the 2017 implementation, some continuing debate circulates the players as to where, and how, the liability for fraud sits in the ‘new world’.

Does the liability remain where it has traditionally, with the ‘paying bank’? If the paying bank never sees the original paper cheque (which it will not in many instances), should the ‘collecting bank’ take some of the liability? The current indication is that a more balanced approach to liability will emerge and that seems to make sense. What is clear, and being recognised by all, is that the responsibility to identify and trap fraudulent items is the responsibility of all – otherwise the FCM may fail – and that the availability of automated technology to check, flag and where appropriate reject an item is critical to the management of fraud prevention in the new paradigm. 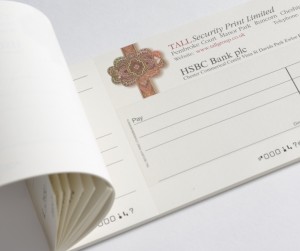 Perpetrated cheque fraud has been well controlled – albeit no fraud is an acceptable fraud – in the current cheque clearing environment, and Cheque & Credit Clearing Company report a year on year reduction of 21% to £9.5m in the first six months of 2015. ( www.chequeandcredit.co.uk ) However this very success is itself a potential hostage to fortune for the industry, as the one thing we can be sure is that fraudsters will target the new model, and probe any weak links in the chain. The much shortened clearing cycle, reducing from up to six days down to as few as ‘irrevocable funds next working day’ (and some institutions may well give value in near real time), is a double edged sword in this regard. A significantly shorter window in which to perpetrate a fraud challenges the fraudsters to be slicker and more precise, but equally the time available to trap the item is so much less.

Interesting validation and fraud prevention tools are emerging, both at the point of first deposit/scan – which may be at a bank, a bureau, a drop box/lock box or indeed a Corporate running Remote Deposit Capture (RDC) – and at the central infrastructure where proven profiling and account history analysis is being deployed. Collecting banks and their agents can apply the new tools to their scanning application, and bring an alert to screen that flags a suspected invalid item – whether for a missing date, invalid codeline, or a noncompliant document size, for example, and where the Ultra Violet (UV) image is being captured, some clever image analysis can identify a ‘smudge’ in the invisible UV pattern, and flag up a potentially fraudulent alteration which would otherwise go unnoticed.

There is much work to be done, and images captured by a mobile device offer other and different fraud prevention challenges that are being worked through , but the industry is embarked in the right direction, and should ultimately deliver a world class cheque clearing system with fraud rates which remain the global benchmark.