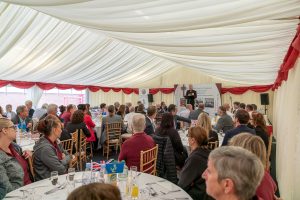 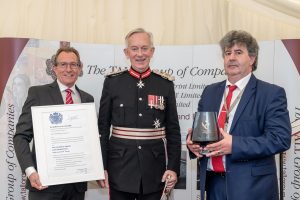 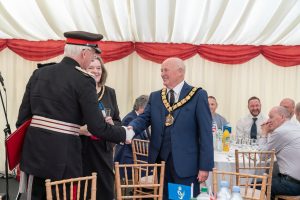 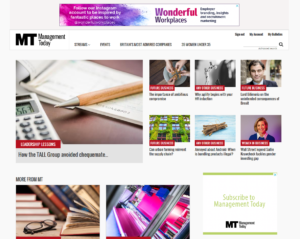 How the TALL Group avoided chequemate…

Faced with the decline of its core business, the UK’s leading cheque printer has had to seek new avenues.

If someone told you could corner the market for bankers’ cheques in 1991, you’d have been fairly pleased with yourself. We’re always going to need cheque books, right?

But then the internet happened, and for cheque book manufacturers like the TALL Group, conditions suddenly looked less rosy: over the last two decades, the volume of cheque usage has declined at 15% a year.

Yet through a strategy of diversification, innovation and internationalisation, TALL has not only been able to survive, but thrive.

It’s remained profitable over the last 10 years – except for an operating loss in 2011 following exceptional costs. The group posted a bumper profit in 2016 – driven largely by the acquisition of the Northern Irish based DLRS (now DLRT Ltd) – which it has maintained every year since.

The three company group has been specialising in the production of secure documents, cheques and credit slips for over 25 years and counts ‘nearly all’ of the major UK banks and building societies as well as a swell of corporates, educators and national governments among its diverse, but specialised list of clients.

‘Twenty years ago, cheques and credit account for over 90% of our core sales,’ says TALL MD Martin Ruda. ‘So we have had to mitigate the threat by doing a number of classic diversification routines, look for alternative products,services and markets. But also find ways to add value to a diminishing product.’

This diversification has been two-fold, focusing on areas closely aligned to its core product.

The decline of physical cheques does not mean a decline in payments and the company has invested heavily in developing technology that facilitates the transaction of all types of payment.

It has rolled out an outsourcing solution whereby it prints, audits and distributes cheques on behalf of clients, while the development of cheque scanning software solutions continues to represent a fruitful opportunity. It is now investing heavily in building products supported by blockchain technology.

In the realm of physical products, the inbuilt security holograms or features and sequential numbering included on cheques are also used on a variety of other types of document including birth certificates, exam results and ballot papers.

The fact that the company already had the inbuilt production processes has made it easier to double down into these markets, which have proved to be particularly effective as an export.

International expansion has also been a major part of the group’s growth strategy – and the area that it has arguably seen some of its the greatest success.

Having had a largely native client base, the company recruited an experienced export manager in order to identify new opportunities in international markets, government applications and education markets. Ten years later, it now exports to over 20 countries and was awarded the 2018 Queen’s Award for Enterprise in the international trade category.

‘Where our opportunity lies is in challenging emerging markets,’ says Ruda, explaining how the Group has been able to attain significant custom outside of Europe, in regions including West Africa, the Caribbean and the Middle East.

‘The European markets are already well served when it comes to security printing, and many of them don’t use some of these core products such as cheques and paper certificates.’

But it hasn’t all been plain sailing, the ‘volatile’ nature of third world markets can be unpredictable and demand for TALL’s products can differ dramatically year on year. For example in 2016 the company was required to produce 20 million ballot papers for the Ugandan election, whereas in other years a similar order may not be required.

As a result the company say that international exports can range anywhere between 10-25% of the annual turnover.

The biggest challenge is ‘understanding and foreseeing the technology shifts that will increasingly affect all of TALL’s markets. Up to two million cheques are still processed every working day, but big changes are on the way.

The nationwide UK roll out of truncation technology – which requires all cheques to be electronically scanned – will change the nature of TALL’s product, but continues to hold increasing opportunities, especially in the innovation of the security features that survive the scanning process.

Ruda admits that the business has been able to increase its share of a heavily regulated market due to the limited number of accredited competitors, which has only gotten smaller as the market declined. But TALL’s success shows that those with an innovative strategy and willingness to adapt can ensure survival in the most difficult markets.